WHERE ARE ALL THE MEN?

A look into the missing demographic
of BIPOC men in MRX.

SCROLL
Historically, women have been seen as the key financial decision makers of their households.
They decide what groceries and household items are purchased, from where, and how much they are willing to spend.
This has, rightfully so, caused marketers, advertisers & brands to pay more attention to the shopping habits and decision-making behaviors of women.
Today however, as gender continues to evolve, men have begun to make significant strides in categories where they were previously never seen or paid attention to. 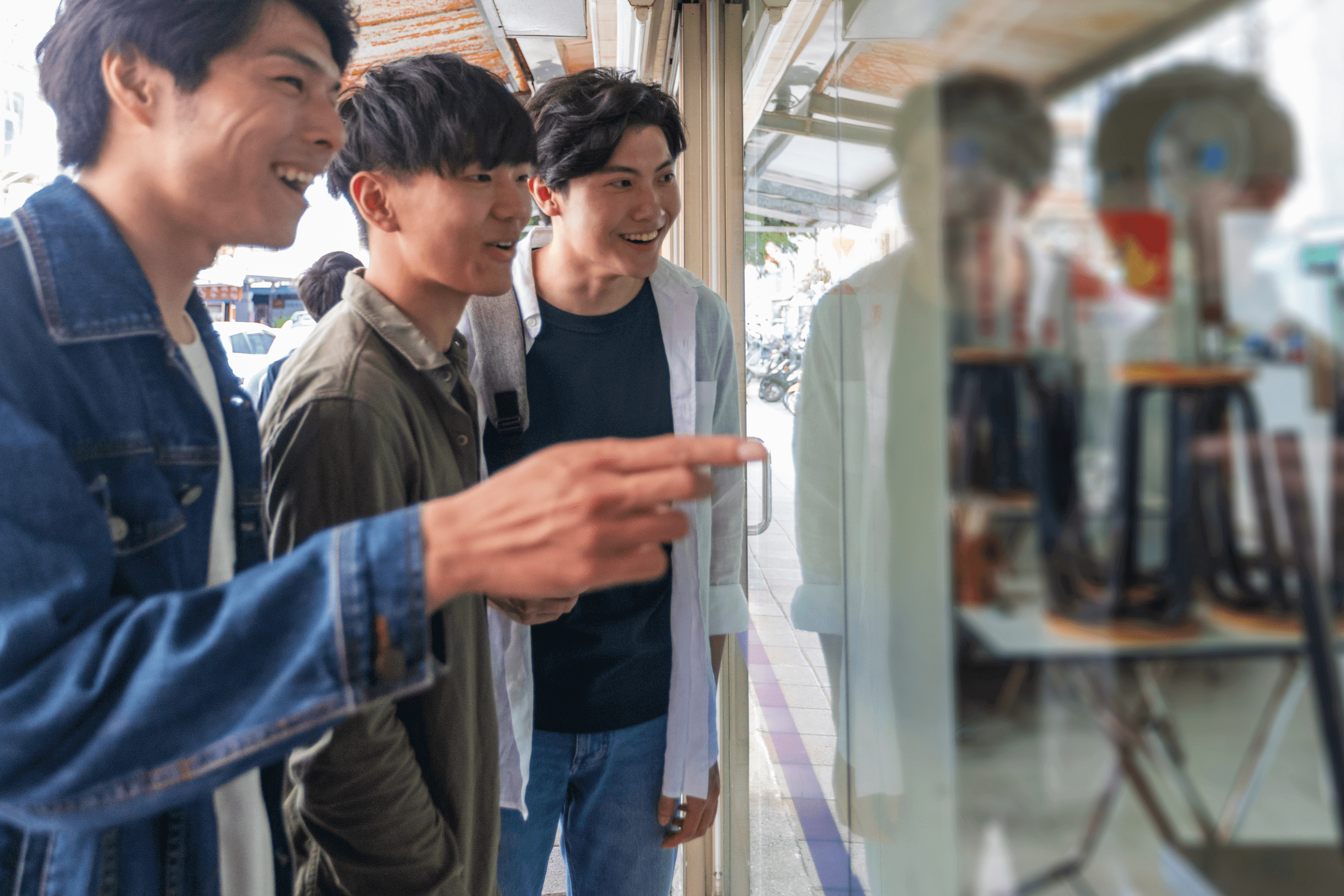 Not only do men spend more money on clothing than women, but  according to Allied Market Research,  they also represent a multibillion dollar growth opportunity for the beauty & personal care industry which is expected to reach $276.9 billion by the year 2030.

All of this means that new interest and energy will likely need to be put on the spending habits of men to fill the gap of information on who they are and what impacts their purchase decisions.

Because market research and advertising dollars have typically focused on mainstream (majority white) audiences, the need for understanding men of color will be even more crucial in today’s increasingly multicultural America.

But what happens if the companies tasked with telling the insights stories & consumption habits of Black and brown men do not reflect their audience?

When market research teams don’t reflect the audiences they are meant to connect with, often brands are left with insights that either
‍
1) Don’t tell the full story.
2) Are inaccurate or
3) Either Fail to resonate.

It is no secret that the MRX industry is not diverse however, a different kind of inclusion dilemma has emerged over time:

In fact, this space is disproportionately populated by women, specifically at lower levels where most of research methodologies and insights outputs are developed. 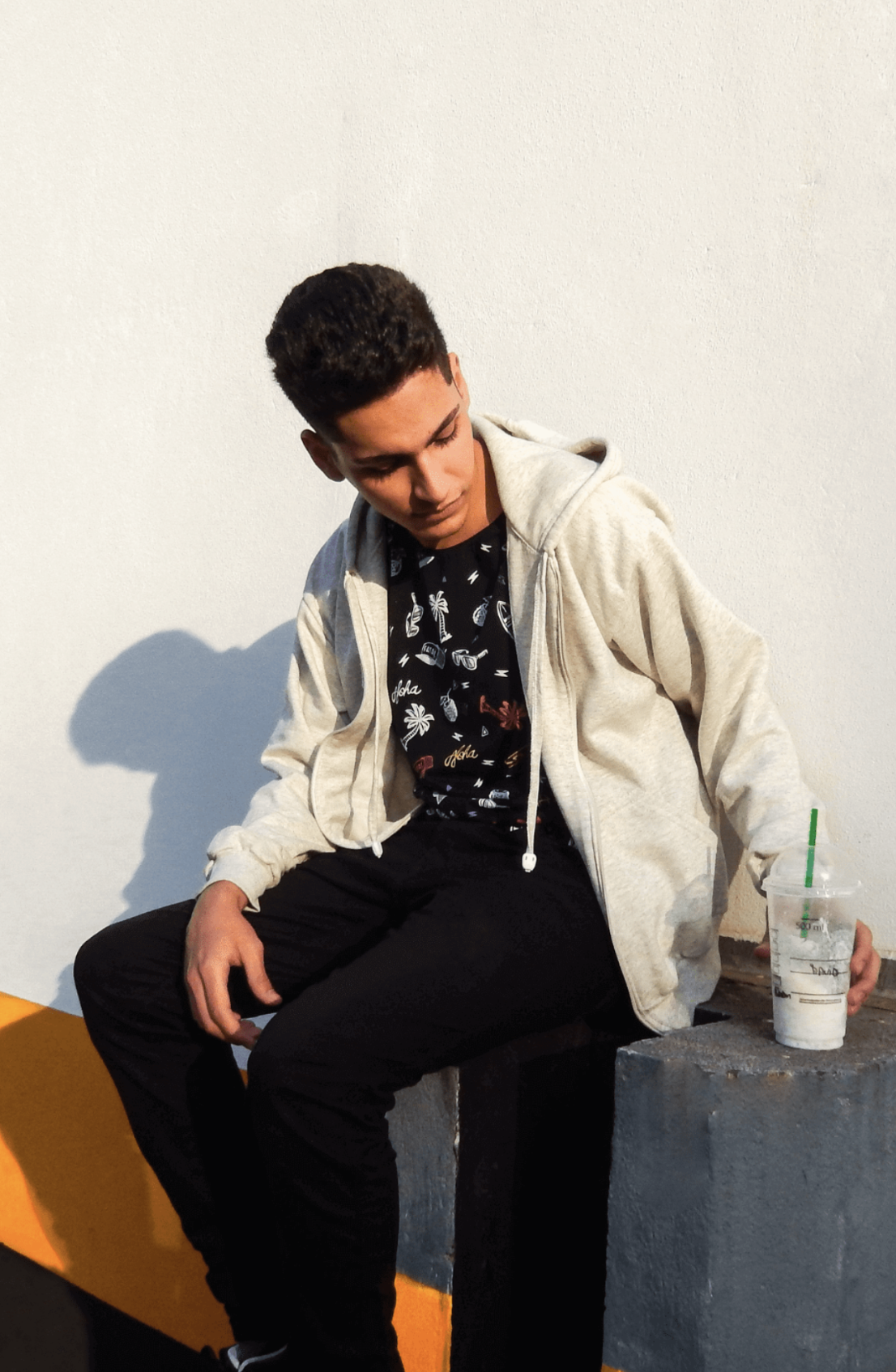 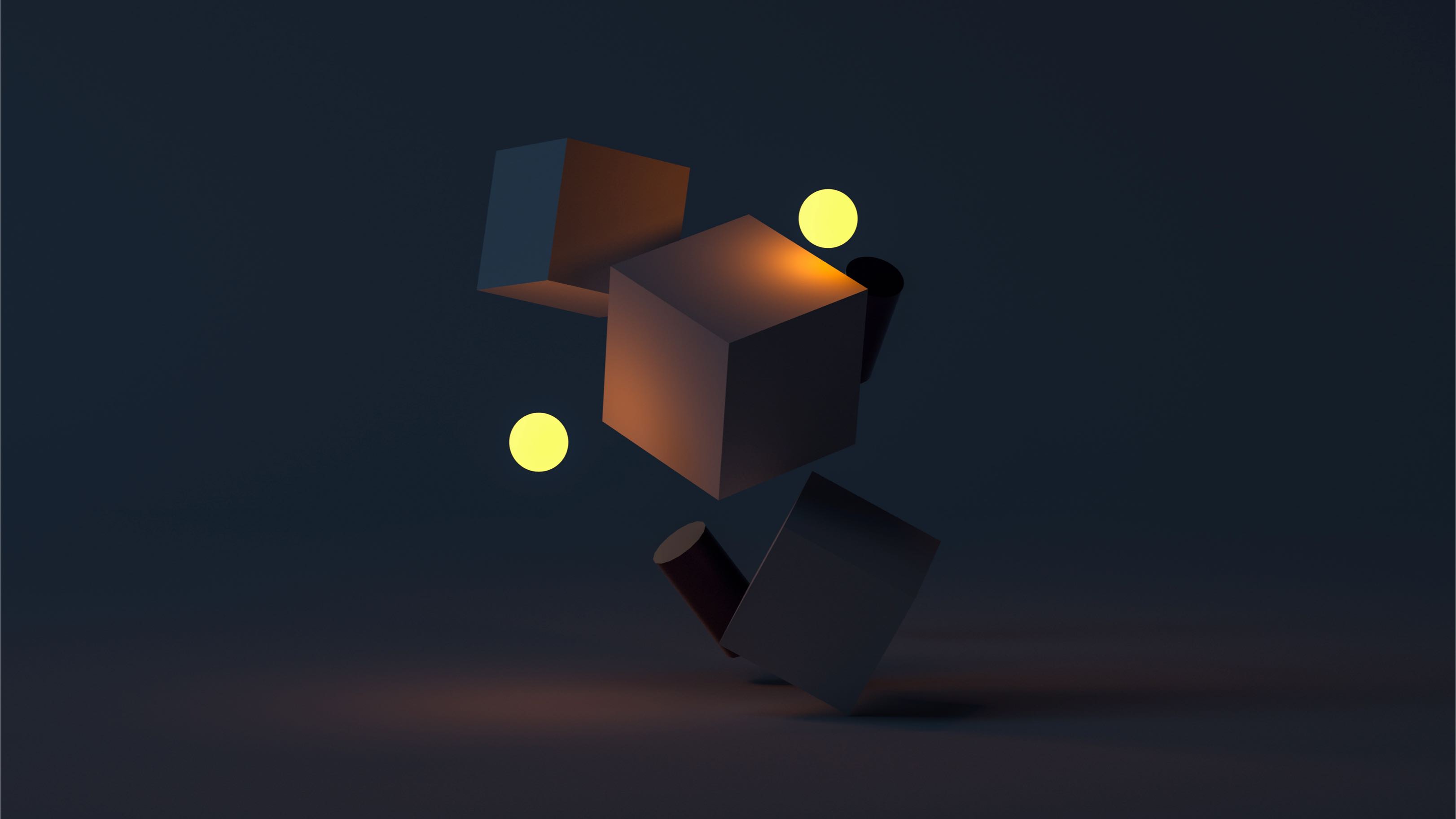 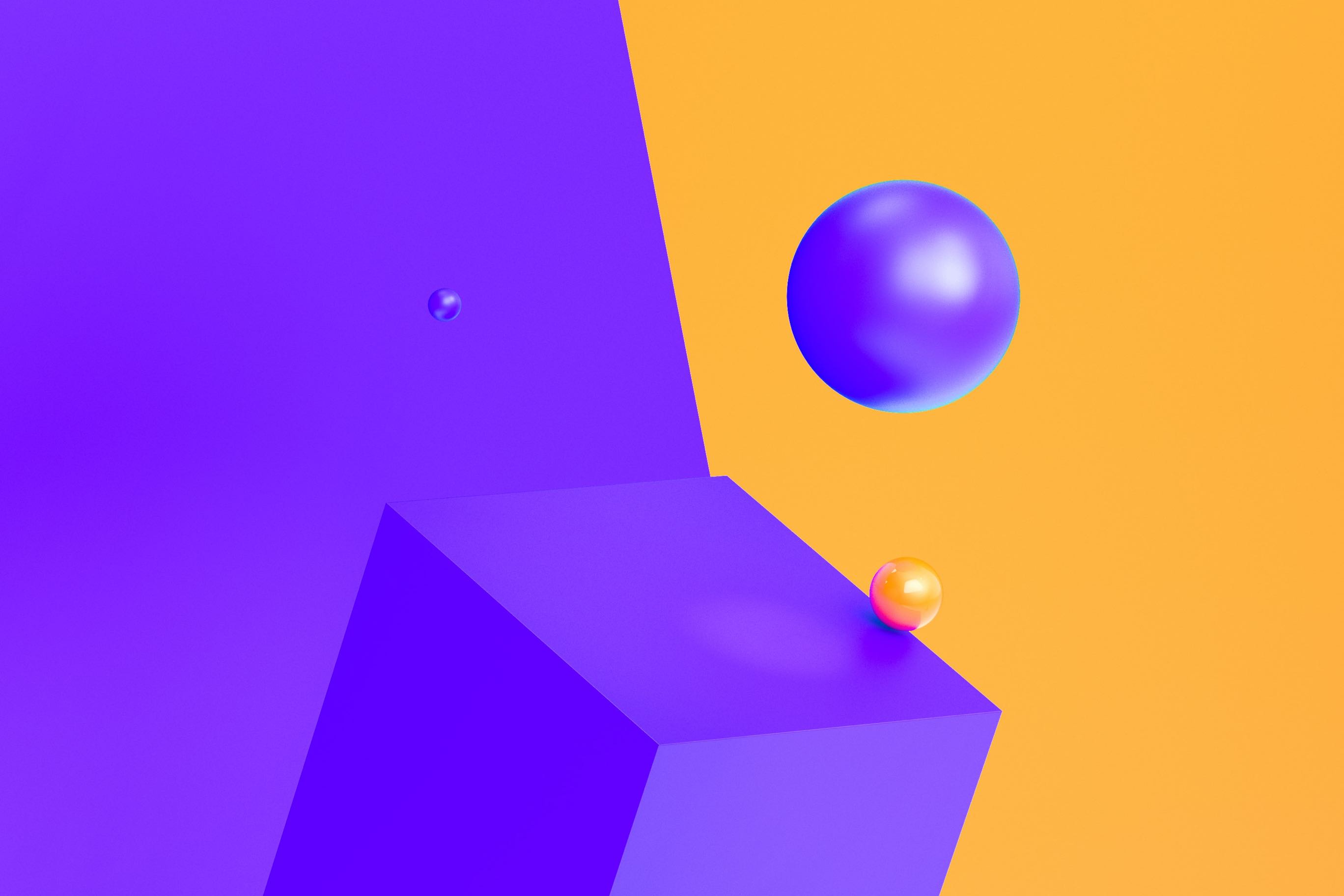 Crux Research. "I have more LinkedIn contacts
named "Steve" than contacts who are Black", 2020 July 1.

The inequality in this space (both the absence of BIPOC men at all levels, and the absence of women in senior roles) only hurts companies seeking to speak and connect with audiences from all backgrounds.

We believe that better insights stories are told when the architects of those stories accurately reflect the audiences they speak for. 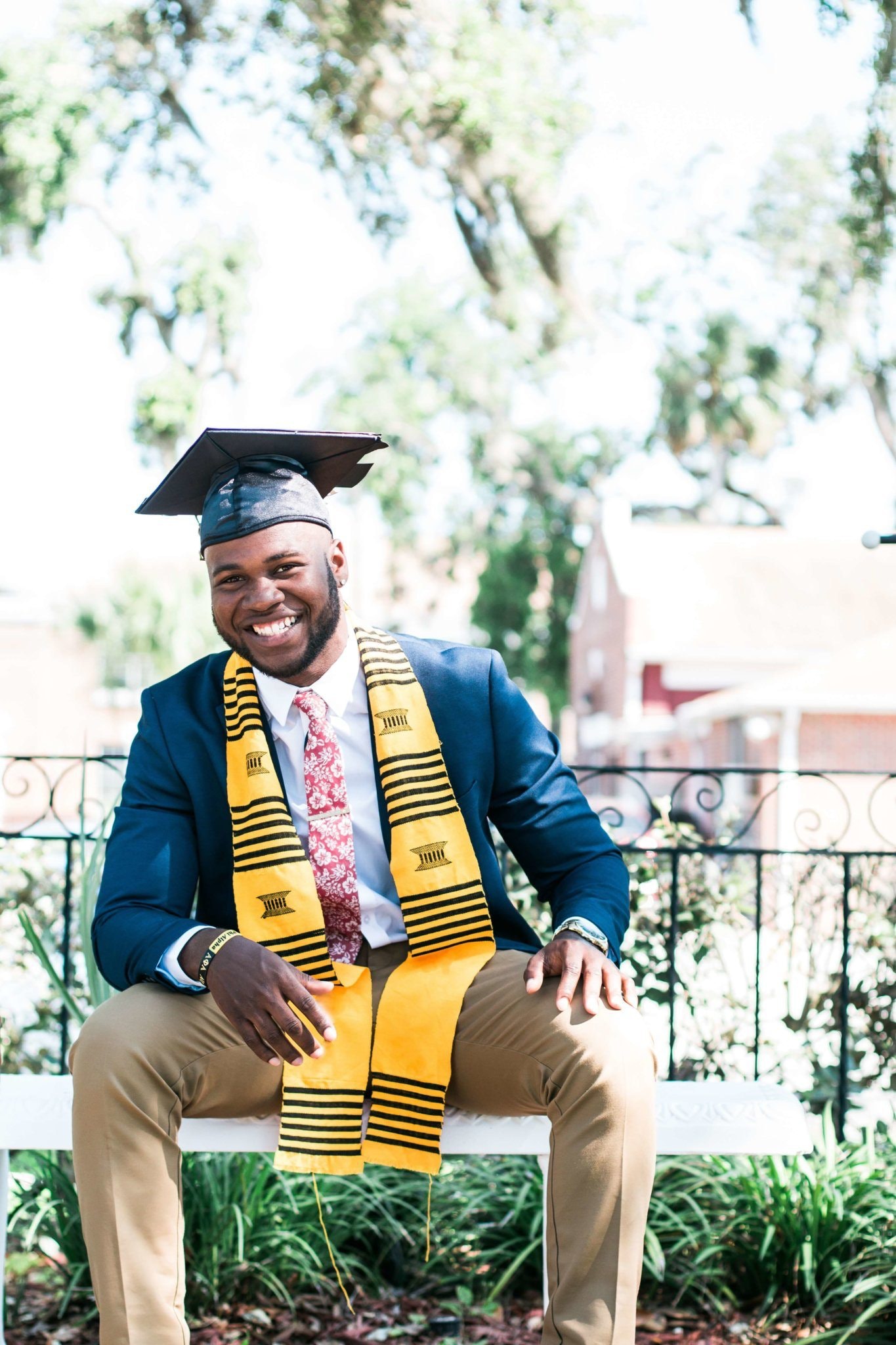 To gain some visibility on why this gap exists, we conducted 14, hour long interviews with market-research professionals, with a heavy emphasis on BIPOC men from across the research & insights space. We followed up with a live “Insights Inside Session” with male practitioners to bring their experiences to life.

Let’s see what they had to say.

For most researchers, especially researchers of color, the MRX field is rarely on their radars.

In fact, it is common for most researchers (from any background) to accidentally fall into the MRX field as many start out in unrelated career fields while others find their way to it by studying adjacent fields in college or being exposed to it by other means.

This is even more true for researchers of color.

"It wasn't until I had a teacher… whose name I can't remember, who was teaching a basic marketing course and he talked about marketers and [how] they marketed ideas and brands and life to people. And that was very, very attractive to me. It actually resonated with my understanding of how I interacted with people… about who these people wanted to be and how they wanted to think of themselves”

We asked multicultural male research practitioners what they love most about this field.

Many have found the work to be extremely impactful, both within their communities and the organizations they work in.

So what’s leading to the BIPOC male gap in market research?

Compared to other industries, the contributions of researchers have historically been undervalued.

Many feel that they are able to directly effect and connect with their communities through their work, especially for projects that are multicultural in nature.

"More information we have on ourselves, more strength to help the community - Information give one power" - Leo, Male Latino

Some feel that their roles enable them to do deeply meaningful, and purpose driven work.

“You’re able to do work that aligns to your values. I wanted to work with ppl who I’m really aligned with and do meaningful work. I didn’t want to be at the whim of budgets and bottom lines, and I want to have more influence and even do pro-bono work. There is flexibility to do passion projects.”

Others have commented on how they’ve had the ability to have the outputs of their hard work reach across the companies they work for and impact entire organizations.

“I was really surprised when I got into the field how much executive level interaction I had as a relatively entry level person on the research side. Your insights and research go really up to decision makers and decision makers that are using a lot of your input, and you get a lot of visibility across the organization in a way that I think other roles may struggle to.”

ANSWER: LACK OF AWARENESS COMBINED WITH
CULTURAL EXPECTATIONS OF MEN

As men have been socialized to be in highly visible positions of power, and to serve as breadwinners of their households, the MRX industry’s reputation for being relatively unknown is a key part of what makes it less attractive.
What’s worse, despite its vastness, other areas of the MRX industry are often overshadowed by the alluring prestige gained by being a part of the tech world which often pushes men to the data sciences part of the industry, ultimately leaving other fields to be occupied by women.

"Yeah, there’s definitely subconscious bias, right? There's times where. I might not have taken [a role] because it may be perceived as less technical than something else… There's always this bias of aligning, technical roles with traditionally masculine ideologies. I think that' definitely,  in retrospect, played a role in the way I've kind of navigated my career.”

Much of this stems from the fact that in the past, creative agencies were king and have historically held the power and received all the accolades from brand marketing/ advertising initiatives.

“If we do our jobs well, no one knows we exist…”

“ Unlike other industries, where you make a product and you see it on shelves or you see it walking out of the assembly line…With us, it's a little bit different”

In the past, this has positioned the research industry at the bottom of the totem pole but as more brands are seeing and understanding the power of data and insights today, this has been quietly changing in the background.

So why is it so important for us to fix this gap?

Sticking To Predictable, Familiar Career Paths Can Lead To A Lifetime Of Unfulfillment

‍Minorities often pursue roles that feel safe, or that they know to be successful, but that often pigeon holes them into roles, careers and lifestyles that may not fit exactly who they are or why they want to be.

There is an Opportunity to Correct Cultural Power Imbalances

‍Data and insights touch and inform everything we do. There is a need to ensure that the people in the seats gathering the insights and building the tools to enhance our lives are as diverse and representative as possible.

There is a Positive Impact When We Tell Our Own Stories
‍
‍Finally, it is crucial that people of color understand the power of being architects of their own stories.

Humans are story tellers, and with those stories come our histories, our traditions and our culture. From African Griots to Indigenous Story Tellers, the ritual of storytelling is a vital part of the American minority & immigrant experience.

By pursing careers in market research, we have the ability to connect the histories of our pasts with contemporary experiences today in a more complete, authentic and thoughtfully nuanced way than those who have never lived in our shoes.

I’ve already started on my career journey so I think it’s too late for me to explore this field.

Did you know that it takes an average of three years into their professional careers for MRX practitioners to find their way into the industry?

Did you also know that MRX practitioners often come from a wide variety of educational backgrounds that are not often associated with the field or market research?

As long as you are curious about market research, understanding people and asking “why” then there is a place for you here- you just need to be willing to explore.

How do I go about getting into the space?

I’m a student, and not yet in the professional space- how do I go about getting started?

‍LEARN ABOUT THE INDUSTRY (Coming soon)

SEE WHAT'S OUT THERE (Coming soon) 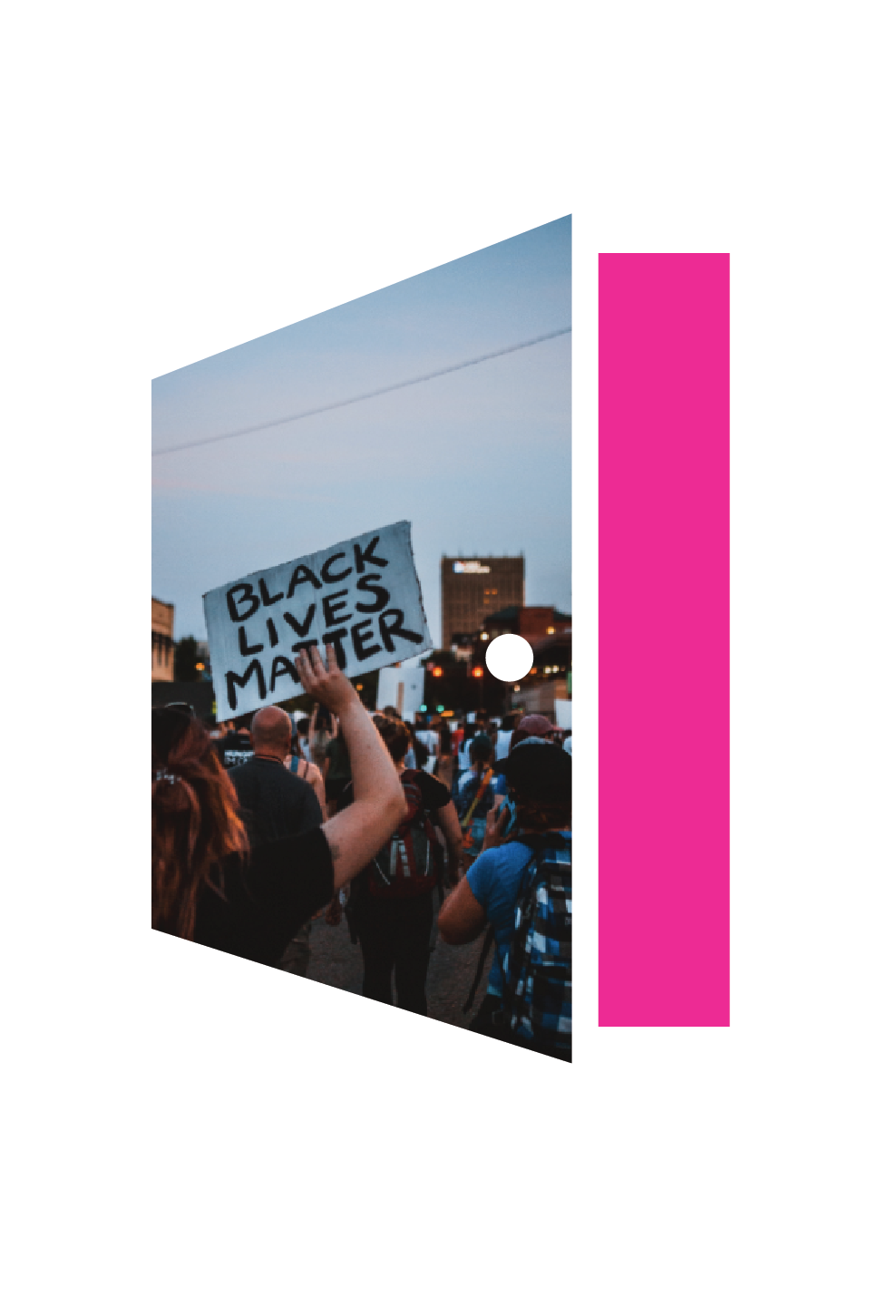 THE IMPACT
OF BLM 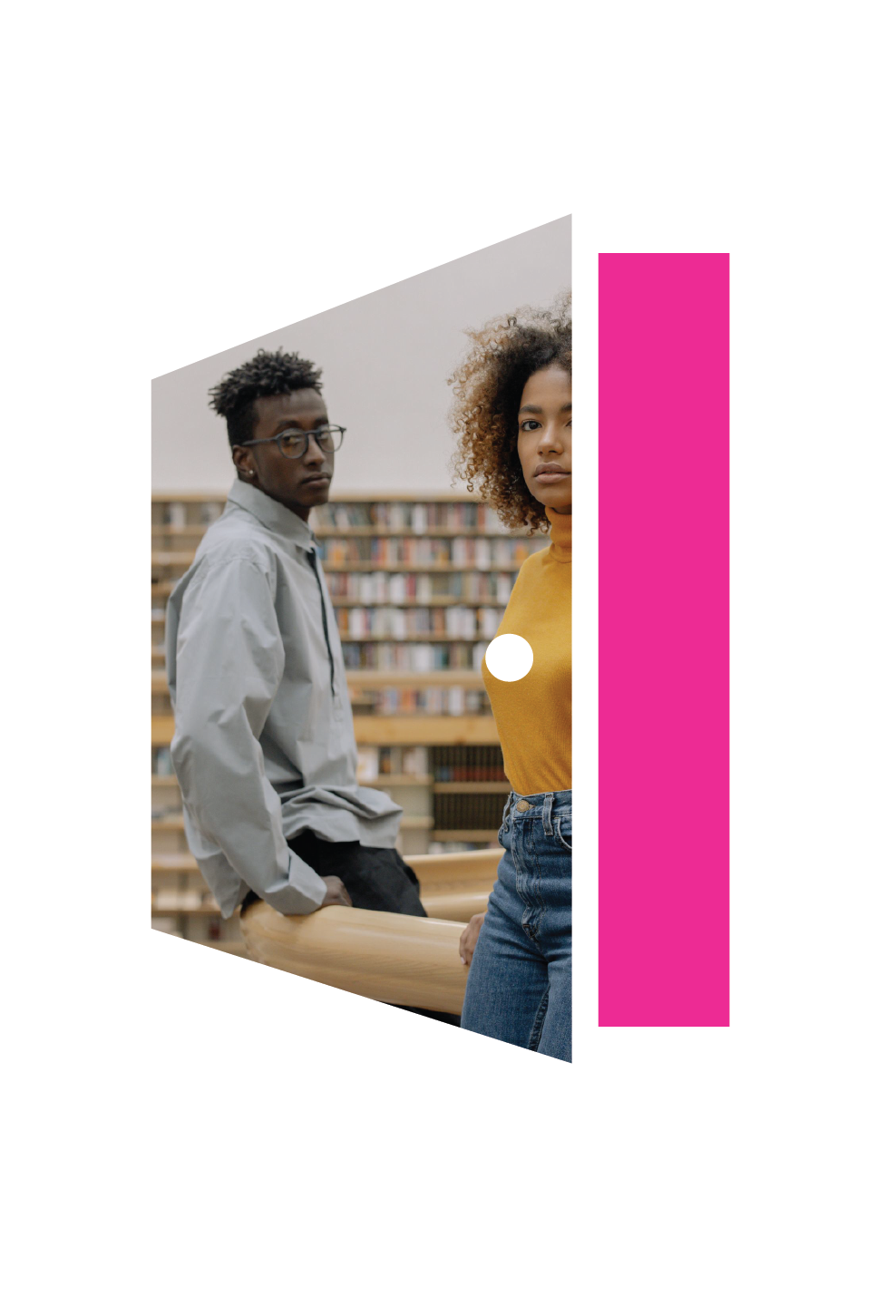 The Impact of Algorithmic Bias 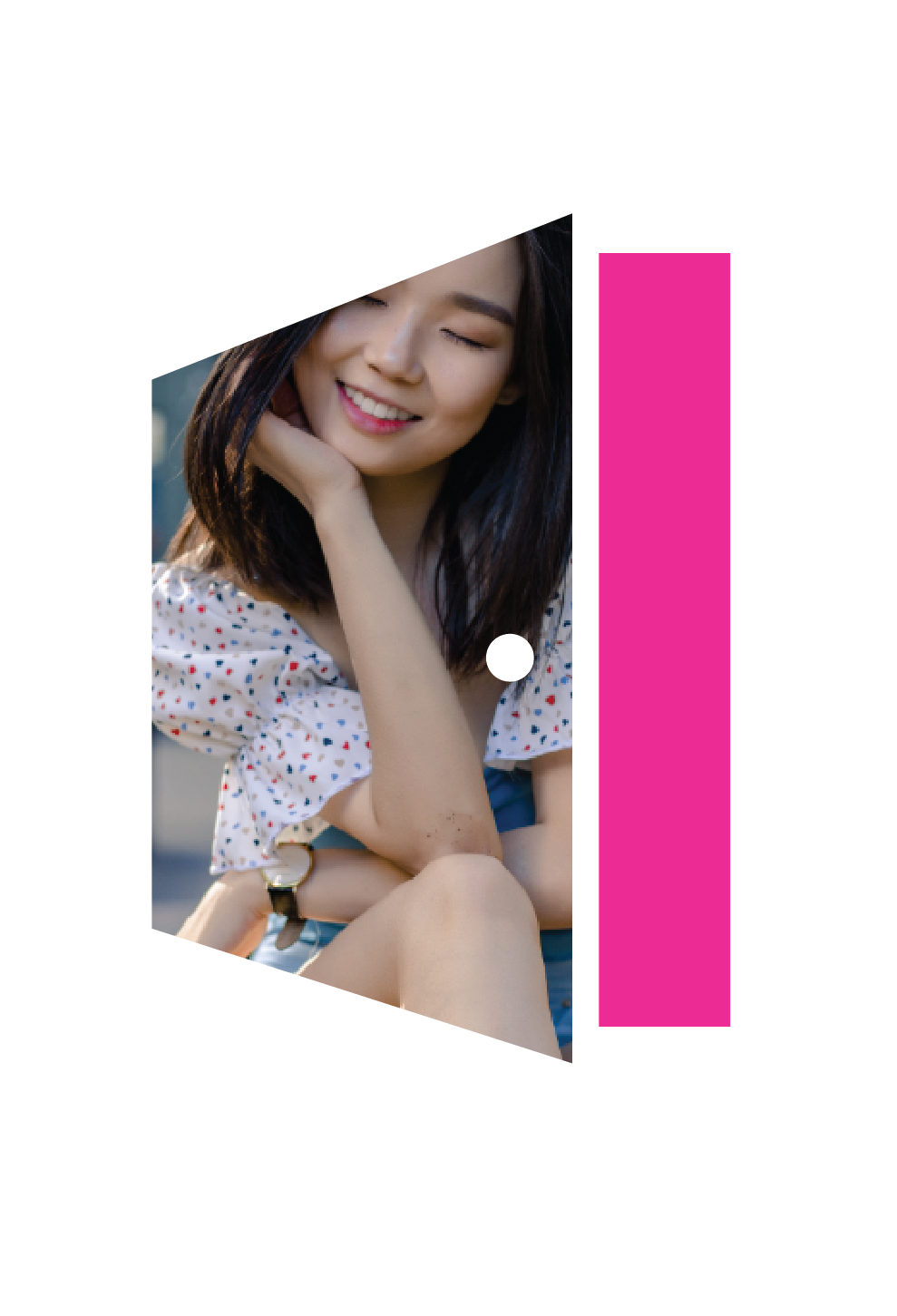 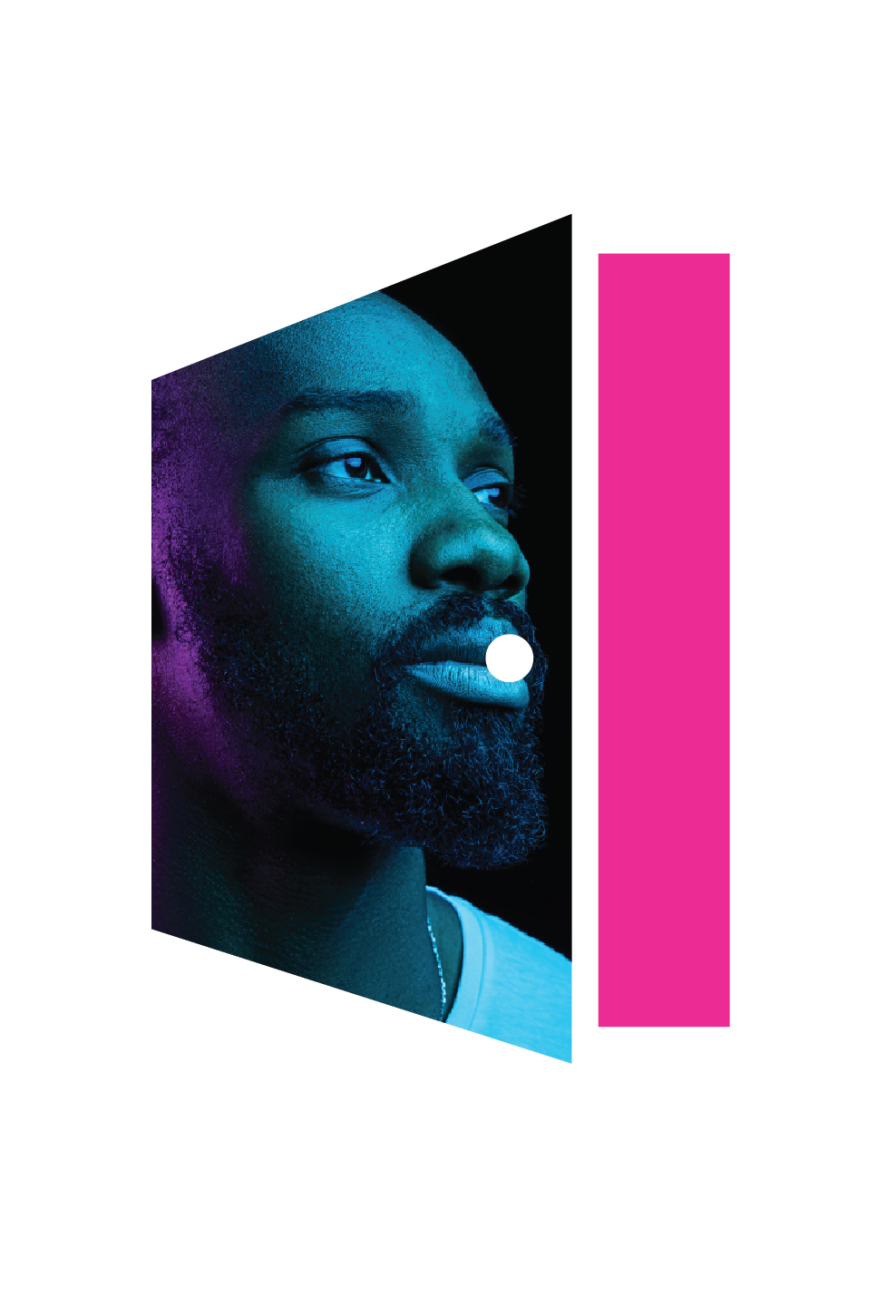 WHERE ARE ALL
THE MEN? 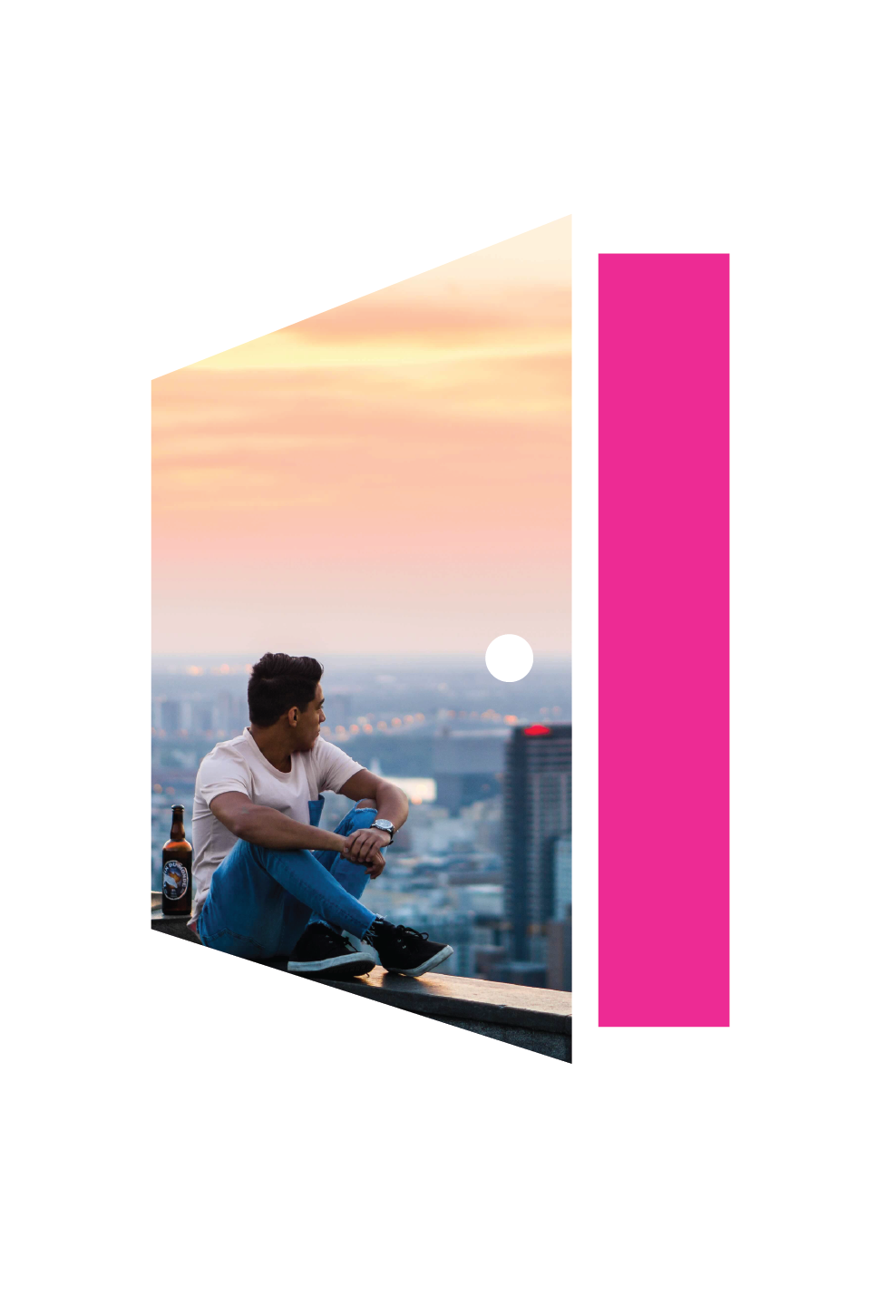 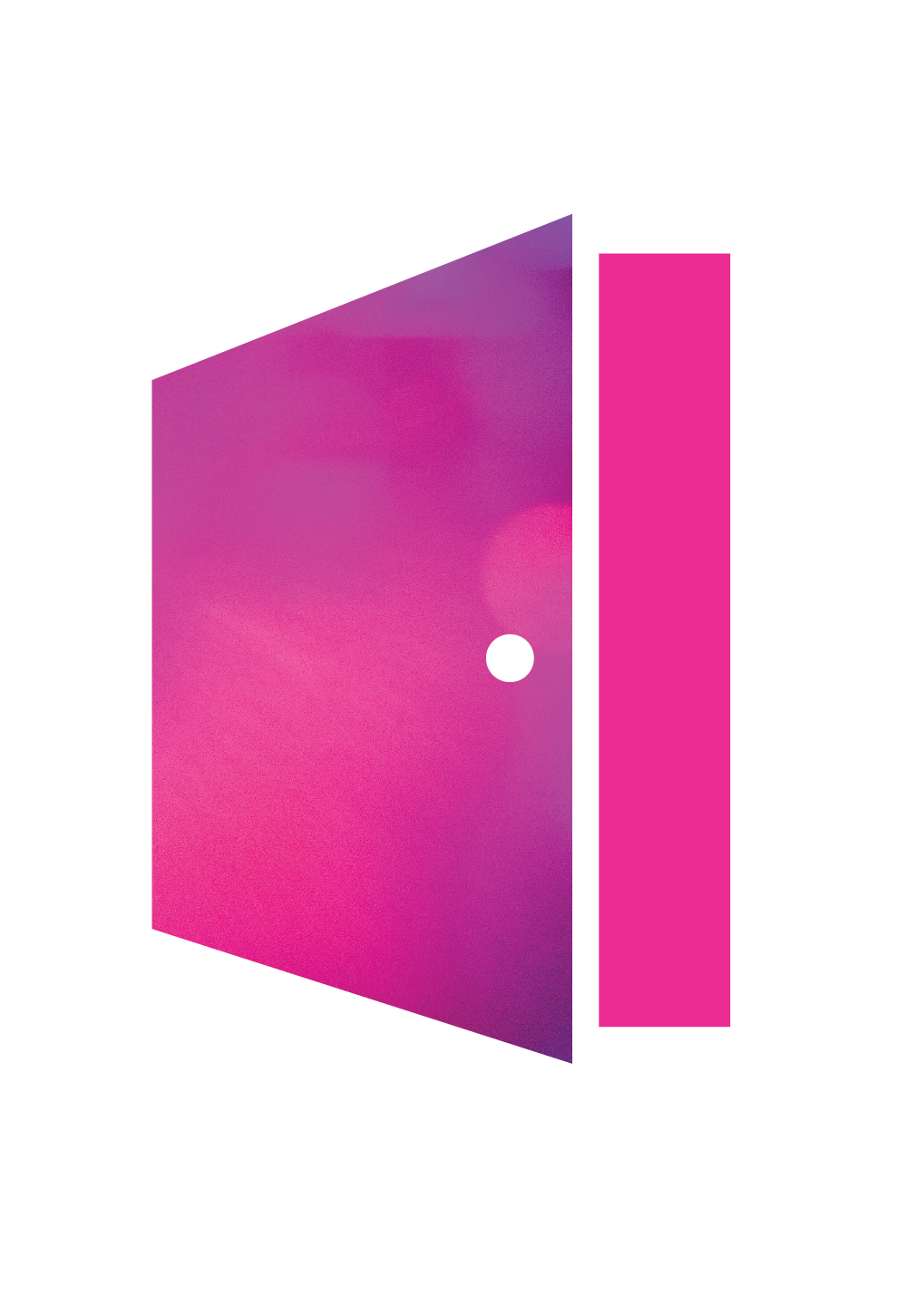 To submit your research
or insights story to be transformed by IIC.